Share a memory
Obituary & Services
Tribute Wall
Read more about the life story of Daniel and share your memory.

Dan was born Sunday, May 11, 1958 in Concord, New Hampshire, a son of the late Raymond Willis and Florence (Whitehead) Bean.

In addition to his parents, Dan was preceded in death by his twin brother, Douglas J. Bean; brother Michael S. Bean; and his uncle, Richard Bean.

Dan graduated from Pembroke Academy High School in Pembroke, New Hampshire. In 1987, he met the love of his life, Debra, and they were married on April 15, 1989. Dan and Deb enjoyed 33 years of creating a loving family, making lifelong friends, going on adventures, and finding mutual interests. They took any chance they had to go fishing or go golfing together. Watching football was one of Dan’s favorite pastimes, and he was an avid fan of the Patriots.

He started his career in carpentry with his brothers, co-owning Bean Brothers Construction for a number of years. After moving to Scottsville, he worked for Lithic Construction for 18 wonderful years as a lead framer. Dan’s hard work over the years did not go unnoticed; an annual award given out at Lithic’s holiday party bears his name and is given to employees who have exceeded expectations.

In addition to his wife, Deb Bean, Dan is survived by his sons, Nicholas Bean and Steven Bean; siblings, Brenda Titus (Harry) of Plymouth MA, David Bean (Terry) of Webster NH, Donald Bean of Pittsfield NH; best friends, Tom and Sue OConnell and their children, TJ and Jocelyn; and a host of nieces, nephews, family, and friends that will miss him dearly.

A Celebration of Life will be held in Dan’s honor at a later time. Thacker Brothers Scottsville Funeral Home is handling the arrangements.

Family and friends are invited to share pictures and memories at thackerbrothers.com.

To send flowers to the family or plant a tree in memory of Daniel James Bean, please visit our floral store. 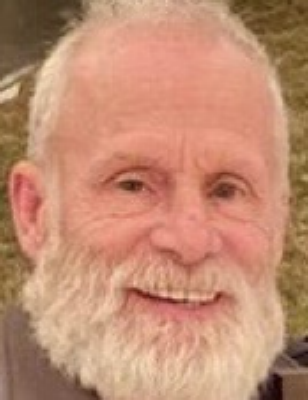 Family and friends are coming together online to create a special keepsake. Every memory left on the online obituary will be automatically included in the book.

You can still show your support by sending flowers directly to the family, or by planting a memorial tree in the memory of Daniel James Bean
SHARE OBITUARY
© 2023 Thacker Brothers Funeral Homes. All Rights Reserved. Funeral Home website by CFS & TA | Terms of Use | Privacy Policy | Accessibility